A new Hobbs and Shaw related offshoot of the world's preeminent Fast and Furious conference.

Four nights of catching up on Fast and Furious franchise.

FastCon* is a celebration of the Fast and the Furious franchise with Greg and Selena. Get ready for the opening of the very first Fast and Furious standalone movie — Hobbs and Shaw — by re-watching the four of the eight Fast and Furious films that included either character, Hobbs or Shaw. We watch one movie per night.

It’s not easy to commit to watching a movie a night, I mean we have jobs and kids. But oh man, when you get to a scene like a vault being dragged across Rio or cars jump out of an airplane, or the Rock "hulking" out of a body cast, then you know you made the right decision.

One movie each night

Let's watch these movies together!

Still have no idea what this is? You haven't seen any of these movies? You are unclear if what you are feeling is smugness or FOMO? Well, play it safe and catch up with us. We are starting with the first movie that include either Hobbs or Shaw, that's part five. It is arguable the best of the franchise. We will watch parts five through eight leading up to the viewing of Hobbs and Shaw on opening day, August 2nd. So join us. What better things do you have to do? It's hot out. It's buggy. You were going to stay in and binge anyway. Let's watch something together.

All movies start at 9:00pm and are accompanied by live tweeting using the hashtag #fastcon

After spending night after night re-watching all these movies you come to drive faster to the grocery store. You also start to question your own ethics, realizing that you are kinda cheering for a bunch of criminals.

The live event takes place in front of the big screen TV in our basement. Since Greg and Selena will be attending each event, that only leaves seating for two comfortably and up to five if we squish, so reserve your seat early so you do not get left out. Badges are going fast... and furiously!

It's really unclear if The Rock's character knows how to read. Every time paper is put in front of him he has someone read it to him or tosses it away dramatically. He may just be illiterate.

Find us at the hashtag #fastcon

Just get a copy of the movies and hop online at 9pm and find us at the hashtag #fastcon, we'll be there live-tweeting each movie as we watch, you can too. Twitter handles @FastconGreg and @FastconSelena

The key is that you just not think too hard. Sure every one of them should be dead many times over. Yes, there is no runway in the world that long. Just let all that go, and you can really enjoy these movies.

Watch these to get excited and inspired for four nights of watching Fast and the Furious.

F8: The Fate of the Furious

At some point while this team, now super-human, is saving the world you remember that they started out as low-level crooks stealing DVD players and you think, this may be the most amazing escalating in franchise movie history.

Drink specials that assocaite with each of the movies.

Considered the national drink of Brazil where most of Fast Five takes place. Make yourself a cold Caipirinha while watching the vault careen through the streets. 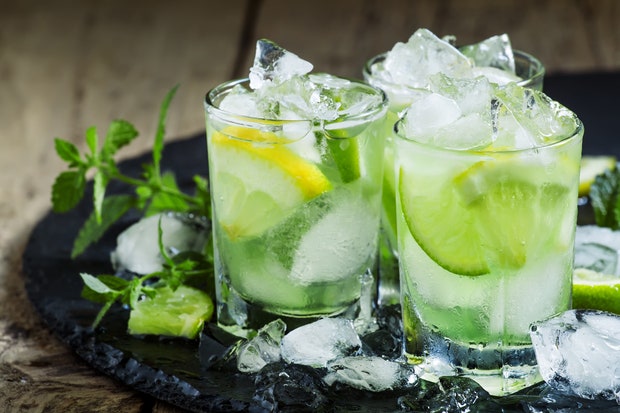 One of the most British of British drinks, and much of the first half of part six takes place in London. Gives cheers with a Pimms every time Dom makes Letty try to remember something.

This one was a challenge finding a cocktail that is the epitome of Abu Dhabi. But internet research says this is a cocktail to find at a swank bar in the city and bonus it is known as Johnny Depp's favorite drink. Which has nothing to do with Fastcon, but whatever.

F8: The Fate of the Furious

The opening racescene in Havana when Dom wins backwards with his engine on fire is absolutely bonkers so why not match that start of the movie by drinking a Havana Loco, a traditional Cuban drink. 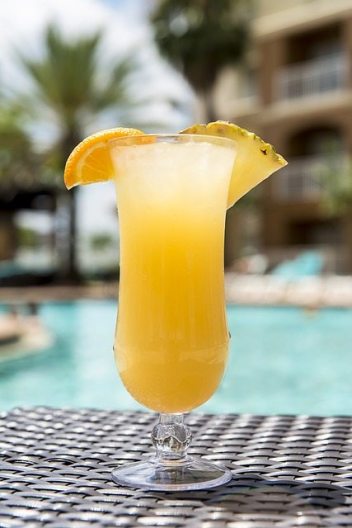